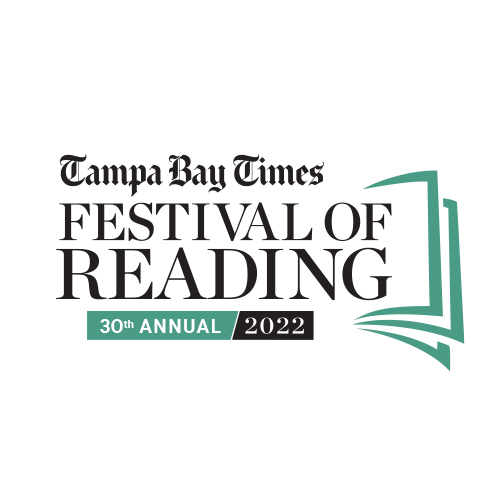 Tickets for this event are not available.

The Times Festival of Reading celebrates its 30th anniversary by returning to an in-person format.

Local independent bookseller, Tombolo Books, will host a book market for sales and signings in the Palladium’s downstairs cabaret throughout the day.

This event is a fundraiser for the Tampa Bay Times Journalism Fund.

DENNIS LEHANE - Since his first novel, “A Drink Before the War,” won the Shamus Award, Lehane has published 12 more novels that have been translated into more than 30 languages and become international bestsellers. Four of his novels — “Live by Night,” “Mystic River,” “Gone, Baby, Gone” and “Shutter Island” — have been adapted into films. Lehane was a staff writer on the acclaimed HBO series “The Wire” and also worked as a writer-producer on HBO’s “Boardwalk Empire” and the Netflix series “Bloodline.” He was a writer-producer on the television adaptations of three Stephen King novels: “Mr. Mercedes” and “End of Watch” for DirecTV and “The Outsider” for HBO. He has spent the last two years playing hard-to-get with COVID and creating the limited series “Black Bird” for Apple TV. He is an alumnus of Eckerd College in St. Petersburg and co-founded its annual Writers in Paradise conference. Lehane and his family live in California. His next novel, “Small Mercies,” will be published in April.

CHARLAYNE HUNTER-GAULT is an Emmy-winning journalist who has been in the field for over five decades. After starting her career at The New Yorker, Hunter-Gault joined the New York Times where she established the Harlem Bureau, the first of its kind, and eventually joined PBS Newshour as its first substitute anchor and national correspondent. The author of four previous books, Hunter-Gault lives in Florida and Martha’s Vineyard. Her new book is My People: Five Decades of Writing About Black Lives.

PENIEL E. JOSEPH is the Barbara Jordan Chair in Ethics and Political Values, founding director of the Center for the Study of Race and Democracy, associate dean for justice, equity, diversity and inclusion at the LBJ School of Public Affairs and professor of history at the University of Texas at Austin. He is the author of award-winning books on African American history, including The Sword and the Shield and Stokely: A Life. His new book is The Third Reconstruction: America’s Struggle for Racial Justice in the Twenty-first Century. He lives in Austin, Texas.

BETH MACY is a Virginia-based journalist, the author of Dopesick: Dealers, Doctors, and the Drug Company That Addicted America, and an executive producer and cowriter on Hulu’s Peabody and Emmy award-winning Dopesick series. Her latest book is Raising Lazarus: Hope, Justice and the Future of America’s Overdose Crisis.

LISA UNGER is the New York Times and internationally bestselling author of twenty novels, including her latest, Secluded Cabin Sleeps SIx. Her thriller Confessions on the 7:45 is now in development at Netflix, starring Jessica Alba. With books published in 32 languages and millions of copies sold worldwide, she is regarded as a master of suspense. She has been nominated for, or won, numerous awards including the Strand Critics, Audie, Hammett, Macavity, ITW Thriller and Goodreads Choice. In 2019, she received two Edgar Award nominations, an honor held by only a few authors, including Agatha Christie. She lives on the west coast of Florida with her family.

BARBARA C. CRUZ, a native of Cuba, is professor of social science education and co-director of the InsideART project at the University of South Florida. She is one of the co-authors of The Cuban Sandwich: A History in Layers.

JEFF HOUCK is vice president of marketing for the Columbia Restaurant Group and previously worked as a food editor, writer and blogger for the Tampa Tribune. He is one of the co-authors of The Cuban Sandwich: A History in Layers.

ANDREW T. HUSE is curator of Florida studies at the University of South Florida Libraries. His other books include From Saloons to Steakhouses: A History of Tampa and The Columbia Restaurant: Celebrating a Century of History, Culture, and Cuisine. He is one of the co-authors of The Cuban Sandwich: A History in Layers.

GARY MORMINO is the Frank E. Duckwall Professor of History Emeritus at the University of South Florida St. Petersburg. He is the winner of the Florida Humanities 2015 Florida Lifetime Achievement Award for Writing and serves as Florida Humanities scholar in residence. His many books include Land of Sunshine, State of Dreams: A Social History of Modern Florida. His latest book is Dreams in the New Century: Instant Cities, Shattered Hopes, and Florida’s Turning Point.

Jack E. Davis is the author of the award-winning The Gulf: The Making of An American Sea and An Everglades Providence: Marjory Stoneman Douglas and the American Environmental Century. A professor of environmental history at the University of Florida, he lives in Florida and New Hampshire. His latest book is The Bald Eagle: The Improbable Journey of America’s Bird.

GABRIELLE CALISE is a St. Petersburg-based culture writer and editor obsessed with offbeat stories and nostalgia. She is the editor of A24's Florida! travel book and also worked on Wildsam's Gulf Coast field guide. She currently reports on local history and shenanigans for her hometown paper, the Tampa Bay Times.

KRISTEN HARE teaches local journalists the critical skills they need to serve and cover their communities as the Poynter Institute’s local news faculty member. She writes feature obituaries for the Tampa Bay Times and is the author of the book 100 Things to Do in Tampa Bay Before You Die. She lives near Tampa with her family.

CRAIG PITTMAN is a native Floridian. In 30 years at the Tampa Bay Times, he won numerous state and national awards for his environmental reporting. He is the author of six books, including the New York Times bestseller Oh, Florida! How America's Weirdest State Influences the Rest of the Country, which won a gold medal from the Florida Book Awards. His latest, published in 2021, is The State You're In: Florida Men, Florida Women, and Other Wildlife. In 2020 the Florida Heritage Book Festival named him a Florida Literary Legend. Craig is co-host of the "Welcome to Florida" podcast. He lives in St. Petersburg with his wife and children.

PAUL WILBORN, a Tampa native, collected multiple awards from the American Society of Newspaper Editors and the Florida Society of Newspaper Editors during a journalism career that included stints at the Tampa Tribune, The St. Petersburg Times and the Associated Press in Los Angeles. Off-Center Theater, Radio Theater Project and University of Michigan. A pianist and singer, he has led several bands including Paul Wilborn and the Pop Tarts and Blue Roses. He produced the long-running American Songbook Series at American Stage. Cigar City: Tales From a 1980s Creative Ghetto, Wilborn’s debut short story collection, won the Gold Medal for Fiction in the 2019 Florida Book Awards. His first novel, Florida Hustle, was published this year. Wilborn is executive director of the Palladium Theater at St. Petersburg College and lives in St. Petersburg with his wife, the film actor Eugenie Bondurant. 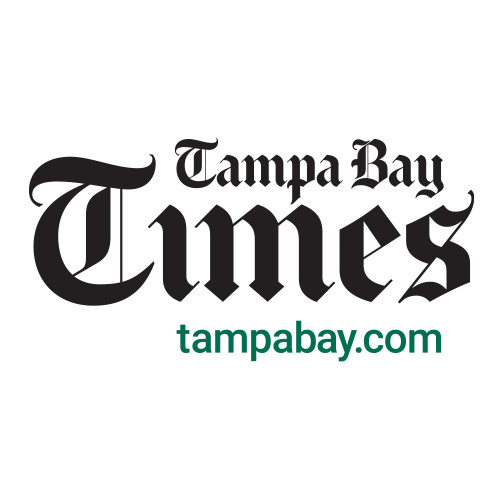 Online ticket sales for this event have ended. Please contact the Box Office for more information.

EMAIL US to learn more about MYTBTICKETS for your next event!